There is an inextricable link between poverty and literacy — particularly between child poverty and literacy, according to education experts. And for many New Mexicans, the relationship is generational. That is grim news for New Mexico, which had a poverty rate in 2021 of 19.1% — the third highest in the country and well above the national poverty rate of 13.4%, according to the U.S. Census Bureau. The rate is even higher for New Mexico’s children: 28% of children under age 5 live in poverty and 25% of children under age 18 live in poverty. (The 2021 federal poverty level for a family of four was $26,500 a year.) Meanwhile, the 2021 Kids Count Data Book for New Mexico shows that 76% of fourth graders and 79% of eighth graders are not proficient in reading, more than 25% of high school students do not graduate on time, and nearly 12% of teenagers are neither in school nor working. Among adults, 29% read at the level of a 5- to 7-year-old. “Literacy and poverty are closely tied together, and they can reinforce each other through generations,” said Amber Wallin, executive director of New Mexico Voices for Children. “If a child is living in poverty and facing difficult financial challenges, then one of the things that could come along with that is that their parents may have less time to work with them at home on reading and homework, particularly if the parents are working two jobs.” The numbers support Wallin’s comments. New Mexico’s economically disadvantaged children are far less likely to meet reading proficiency standards than their non-disadvantaged classmates. At the state’s largest school district, Albuquerque Public Schools, the numbers are particularly striking. For 2019 (prior to COVID restrictions), only 14% of economically disadvantaged 3rd grade English language arts students met or exceeded proficiency standards, compared to 47% of non-disadvantaged 3rd grade students, according to PARCC (Partnership for Assessment of Readiness for College and Careers) testing scores. Among 5th graders, 20% of economically disadvantaged kids were meeting proficiency standards, compared to 58% proficiency for non-disadvantaged students. At the state level, 25% of disadvantaged 3rd graders met reading proficiency standards compared to 33% of non disadvantaged 3rd graders; and 27% of 5th graders met reading proficiency standards compared to 33 % of non-disadvantaged 5th graders. Often, children living in poverty have less access to books at home and experience food insecurity, forcing them to go to school without having eaten dinner the night before, Wallin said. “All of these things can create educational challenges for kids,” she said, and those challenges can limit a child’s educational opportunities, which in turn can impact their ability to thrive economically and negatively impact any children they may subsequently have, she said.

In addition to coming to school hungry and having difficulty concentrating, students from these environments may “miss school because an alarm clock didn’t go off because the home’s electricity got shut off,” or they showed up to school unprepared because they lacked supplies to do homework.

By far, the biggest negative home-influenced factor, Fascitelli said, is a “lack of exposure to the printed word,” meaning an absence of books and other reading material in the home. These students often have little opportunity to visit public libraries, and they may have parents who do not read to them.

Still, there are plenty of examples of kids who come from poor backgrounds and are at, or exceed, the literacy level appropriate to their age and grade. These kids have parents, Fascitelli said, who make reading a priority “and take their kids to the library, because they have the wherewithal to do that, even if they can’t afford to buy books.”

Ellen Bernstein, president of the Albuquerque Teachers Federation, agreed that there is a link between poverty and literacy, saying, “it’s connected, but it’s not causal.”

Bernstein, who formerly taught special education as well as second and third grades, and was nationally board certified in early childhood instruction, said there are four components to literacy — reading, writing, speaking and listening — and each of those can be further broken down into additional elements.

“Speaking and listening are foundational to reading and writing, and you gain that by having a rich environment in which people are talking to you as a baby and as a toddler,” she said. “When kids don’t have those advantages, they often don’t develop the same foundational skills in speaking and listening that they need going into pre-K and kindergarten, and then they’re going to have to catch up.”

That need for catching up is largely the reason that Title 1 legislation was born, said Bernstein. Title 1 of the Elementary and Secondary Education Act, signed into law by President Lyndon B. Johnson in 1965, was part of Johnson’s “War on Poverty.” The goal was “to flow money from the federal government to the states and to the schools for kids who were identified as living in poverty,” Bernstein said, and closing the achievement gap between socioeconomically disadvantaged students and those who had far fewer disadvantages.

According to The Education Trust, a Washington, D.C.-based advocacy, research and grant-making organization, it costs about 40% more to educate a student in poverty to the same standards as a student from a more privileged home, due to additional stress and trauma related to childhood poverty.

In order to qualify as a Title 1 school, 50% or more of the students must come from families living below the federal poverty level. Schools with Title 1 designation get extra federal funding to purchase such things as books and other learning materials, institute behavior supports and attendance programs, implement literacy programs to enhance community and parent engagement and update technology, including computers, software and training for teachers.

“When I was a principal at Apache Elementary School, I was able to hire a couple of reading intervention teachers with Title 1 funds,” Fascitelli said.

While most students at Title 1 schools also get free or reduced price lunches, those are paid for by a different federal program. Even though Title 1 doesn’t pay for those meals, Fascitelli said, eligibility for free or reduced lunches is among the metrics used for how much Title 1 funding schools receive.

Of APS’ 142 traditional and alternative schools, 109 have Title 1 status; of its 33 charter schools, 23 are Title 1, said Penelope Buschardt, the district’s Title 1 executive director. APS currently gets $32 million a year in federal funding for Title 1 programs, she said.

Of 333,436 students statewide, 236,420, or 70.9%, receive free or reduced price lunches through the National School Lunch Program, “which is often used as a measure of financial disadvantage,” Robinson said.

A lack of education can feed that poverty rate. The state Department of Workforce Solutions reports that the poverty rate for New Mexicans 25 years and older with less than a high school certification is 33% — over five times that of people with a bachelor’s degree.

According to the U.S. Census Bureau’s American Community Survey:

—32% of children in New Mexico live in families where no parent has regular, full-time employment; and 31% of children under age 18 live in low-income working families

—Of New Mexico children who live in low-income households, 47% live in households with a high housing cost burden.

—19% of households with children had little or no confidence in the ability to pay their next rent or mortgage payment.

—46% of households with children had difficulty paying usual household expenses.

—38% of households with children reported that the children were not eating enough because food was unaffordable.

Editor’s Note: This is Day 1 of a two-day series on the connection between low literacy rates and poverty, and what the state is doing to address the gap between disadvantaged and advantaged students. The stories are part of The Literacy Project — an ongoing collaboration by the Journal, KOAT-TV and KKOB News Radio to shine a light on the literacy crisis in New Mexico. 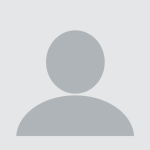